From self-centred to God-centred

In the context of the Ignatian Year, a thoughtful reflection on St. Ignatius and his spiritual life journey.

Was St. Ignatius a spiritual man? A saintly or holy man? A deeply God-fearing, prayerful man? Certainly not at least for the first 26 years of his life. St. Ignatius himself says that up to the age of 26 he was a man given over to the vanities of this world and was primarily concerned with a great and foolish desire to win fame!

Two examples:
• On one occasion, a group of young men bumped him against a wall. He immediately removed his sword and charged at them so violently and fiercely, that if someone had not stopped him, either he would have killed someone or they would have killed him.
• Second, Ignatius may be the only saint with a notarised police record: for night-time brawling with intent to inflict serious harm.

Finding/Encountering God in all things:

It means that nothing is considered outside the purview of the spiritual life. Ignatian spirituality considers everything as possible encounters with God. In the Principle & Foundation in the Spiritual Exercises, Ignatius would like us to be indifferent to health and sickness, a long life and a short one, honour and dishonour, riches and poverty… because all these can be occasions to encounter God. God is present in everyone and everything, labouring for its growth. Ultimately, everything shares in the source that is God – like the rays of sun and the sun, the waters of the fountain and the fountain.

How are we encountering God in the context of the second brutal wave of the Covid-19 pandemic? What is God’s message to us in these trying and challenging circumstances?

Contemplative even in action:

We are called to be contemplatives even in action, that means being active people with a contemplative stance towards the world. Instead of seeing the spiritual life as enclosed within the walls of a monastery, Ignatius asks us to see the world as our monastery. This concept – totally novel and radical for religious life at that time – is an invitation and a challenge for us today. This is a sine qua non if we are to encounter God in all things. 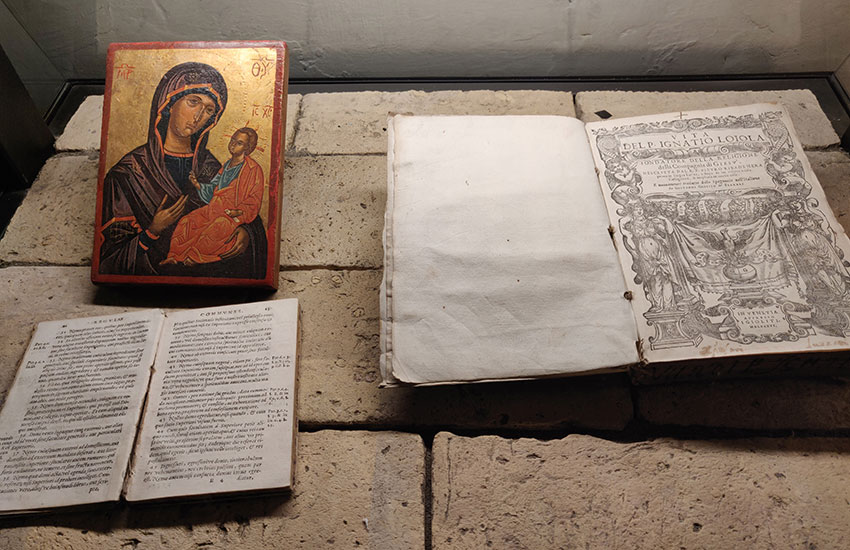 I think that what prevents us from a life of freedom and joy is that we are inordinately attached to people and things. We have disordered affections. Having affections and being attached to certain people and things are fine. However, inordinate, disordered attachments is what brings us sorrow and pain. Since it is an affection, it is appealing. But it is disordered, it is not life-giving. It causes death. Ignatius invites us to move towards ordered attachments. If we did so, we would become freer and happier. Ignatius certainly wanted us to have life and have life to the full!

During the crisis of the Covid-19 pandemic, we are constantly called to make choices. The crisis is at once global in its spread and impact, and local in its visibility. It has affected nearly everything and everyone, and has brought us face to face with a plethora of choices. The challenge is to choose correctly when faced with a conflicting set of choices. To this end, the Rules for Discernment from the Spiritual Exercises could prove helpful. They are valid and relevant even today after more than 470 years. They are deeply rooted in reality and have stood the test of time. The challenge is not only to know the rules but also to have the wisdom and grace to know how and when to use them.

The life of Ignatius is the story of how a self-centered man eventually becomes a God-centered man. Over the years, Ignatius grew in the ease of finding God, so much so that, towards the end of his life, he could say talking about himself as a pilgrim, “Anytime, anyplace he wanted to find God, he could.” May St. Ignatius bless each one of us with this grace, so that we may be ablaze with God as Ignatius was!